Get this book in print

From inside the book

What people are saying - Write a review

We haven't found any reviews in the usual places.

1 other sections not shown

Other editions - View all

H. L. Mencken 1880-1956 H. L. (Henry Louis) Mencken was born in Baltimore, Maryland, on September 12, 1880. He considered Maryland to be his home despite his many years in New York. As a child he attended Professor Friedrich Knapp's Institute, a private school for children of German descent. He completed his secondary education at Baltimore Polytechnic Institute, from which he graduated at the age of 16. Mencken wanted to be a writer but was obligated to work in his father's cigar factory. When his father died suddenly in 1899, Mencken immediately sought a job at the Baltimore Herald. Through he began with no experience in journalism, he quickly learned every job at the newspaper and at age 25 became its editor. Mencken went on to build himself a reputation as one of America's most brilliant writers and literary critics. His basic approach was to question everything and to accept no limits on personal freedom. He attacked organized religion, American cultural and literary standards, and every aspect of American life that he found shallow, ignorant, or false - which was almost everything. From the 1920's until his death, Mencken's sharp wit and penetrating social commentary made him one of the most highly regarded - and fiercely hated - of American social critics. He was later memorialized in the dramatic portrait of the cynical journalist in the play and film Inherit the Wind. Shortly after World War I, Mencken began a project that was to fascinate him for the rest of his life: a study of American language and how it had evolved from British English. In 1919 he published The American Language: A Preliminary Inquiry into the Development of English in the United States. To this and his publisher's surprise, the book sold out quickly; its wit and nonscholarly approach attracted many readers who would not normally buy a book on such a subject. In 1936, a revised and enlarged edition was published, and in 1945 and 1948, supplements were added. The work shows not only how American English differs from British English but how the 300 year American experience shaped American dialect. Thus the book, still considered a classic in its field, is both a linguistic and social history of the United States. Mencken died in his sleep on January 29, 1956. He was interred in Baltimore's Loudon Park Cemetery. 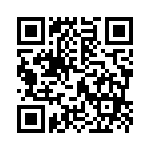